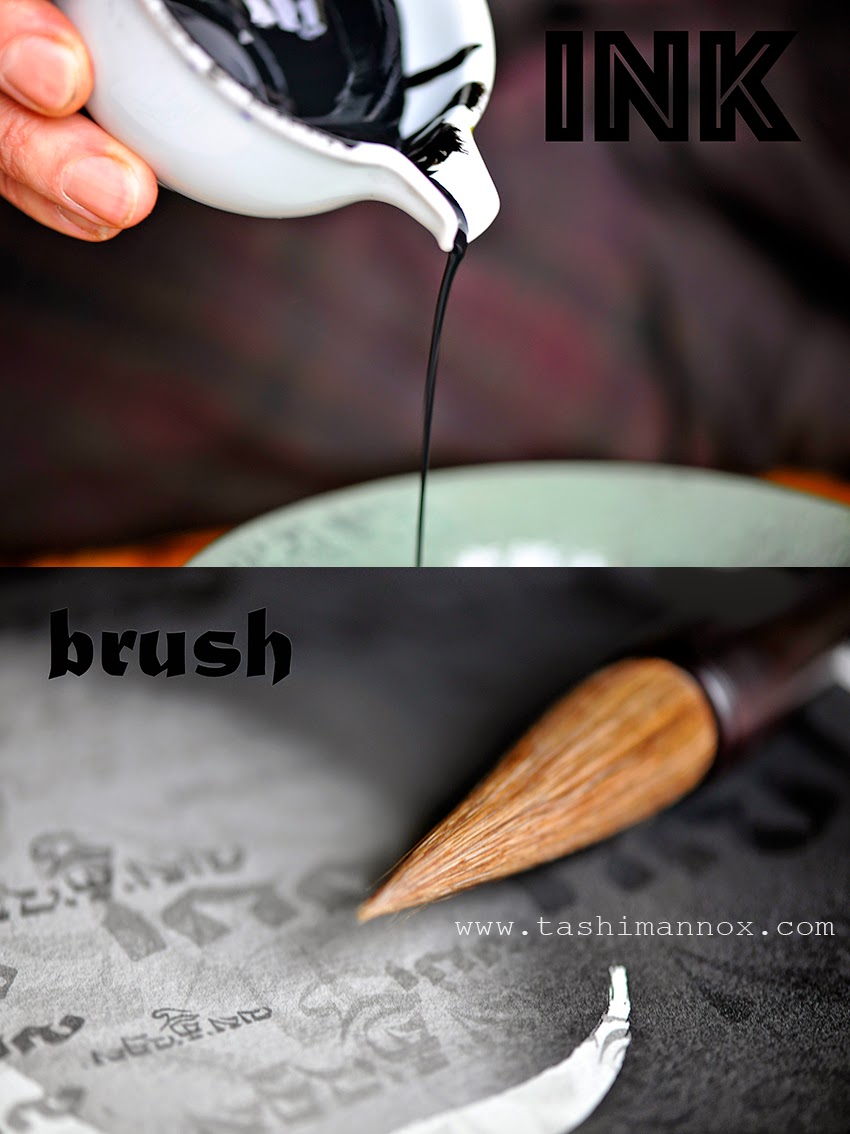 Posted by inkessential at 18:36 No comments: 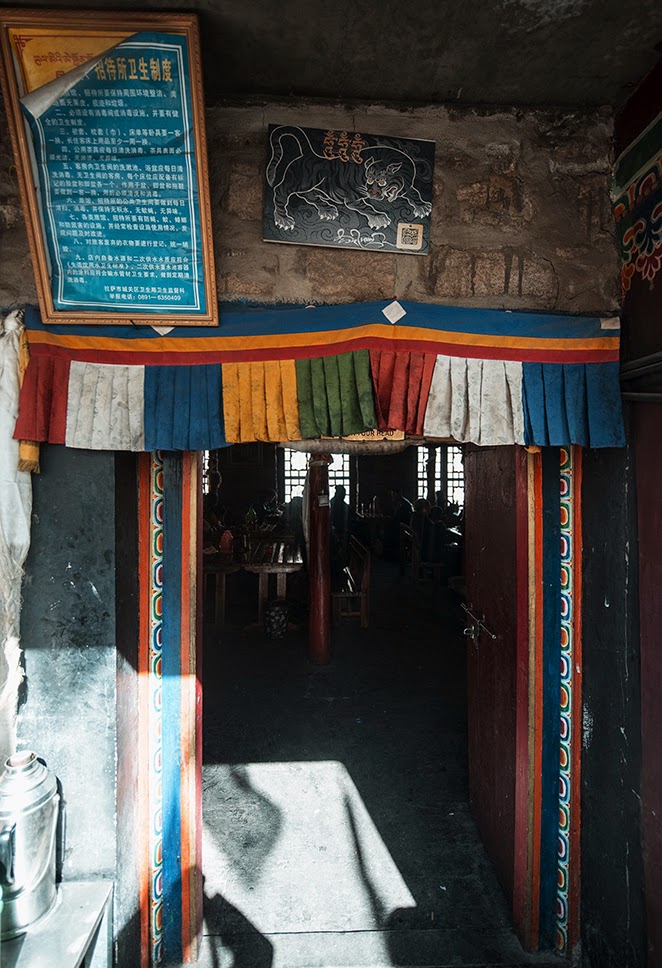 Two good friends of Tashi recently got in touch with a surprising discovery, Joona Ripo and Matthew Linden during their winter study at Lhasa University, stumbled upon a typical Tibetan tea house on the Barkhor that surrounds the holy Jokhang temple in old Lhasa.

What caught their eye was a recognisable image above the entrance doorway, unexpected and out of context, yet at the same time comfortably at home, was a print of one of Tashi Mannox's art pieces "Kagyu Tiger".
Being familiar with Tashi's work, they entered to find many more of his works covering the walls of the establishment. Astonished to find this 'voluntary exhibition', the owner was unaware of the artist and did not admit to how he acquired the prints, which where obviously lifted and printed from Tashi's website.

When this news reached Tashi along with these photos from Matthew Linden, he remarked that it was an honour to have such an 'exhibition' not only in such a sacred place of great connection and blessing so near to the Jokhang, but more so, that the Tibetans themselves value his art and hang it as their own, what a huge compliment! 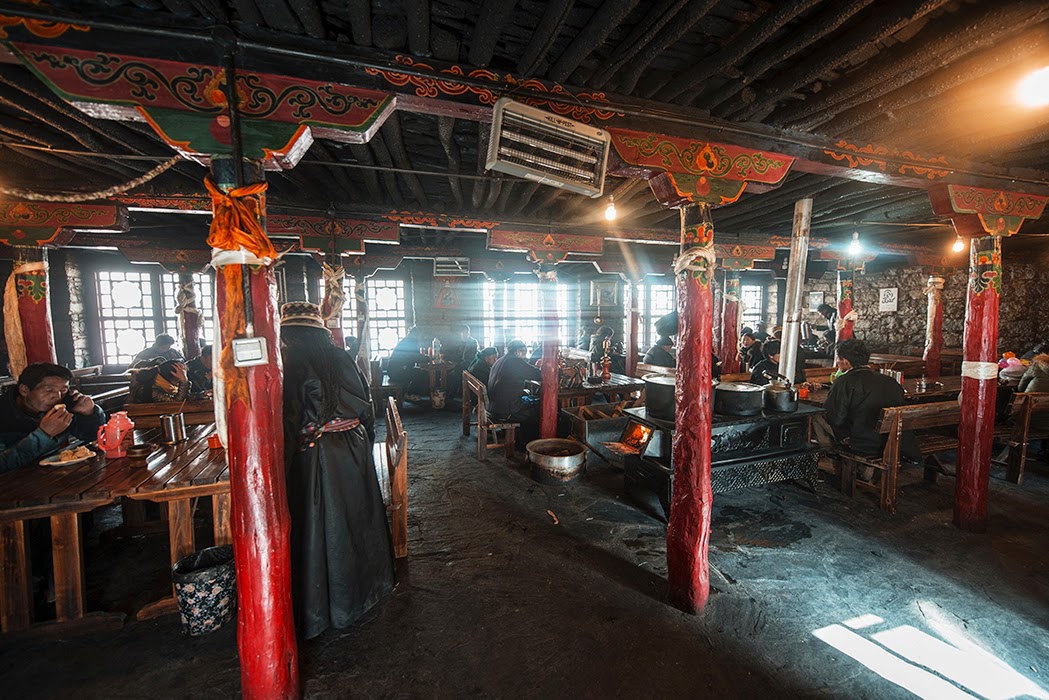 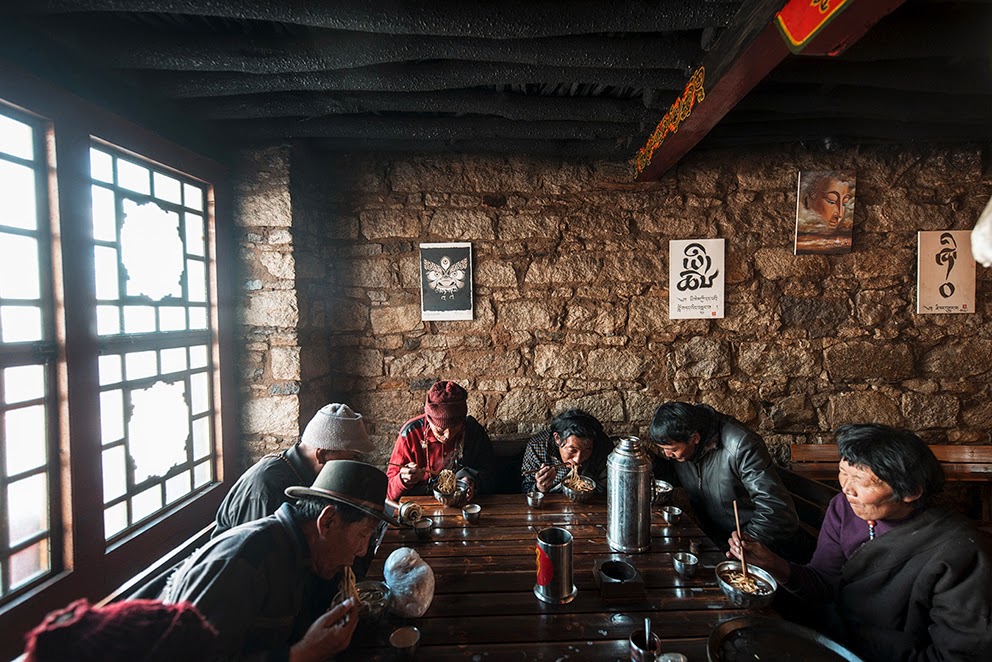 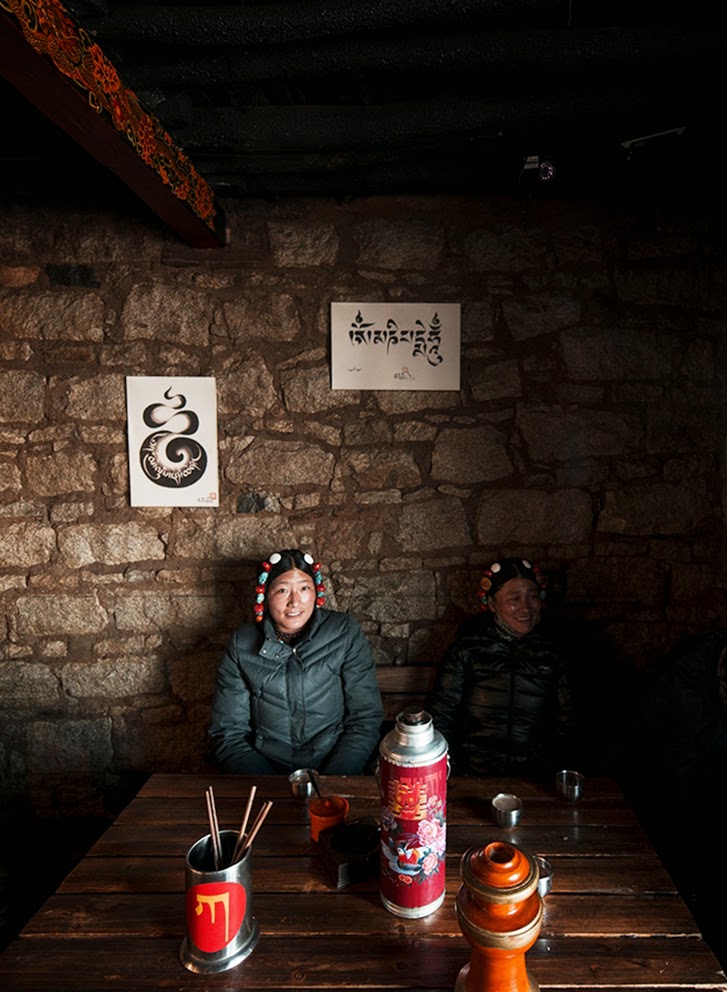 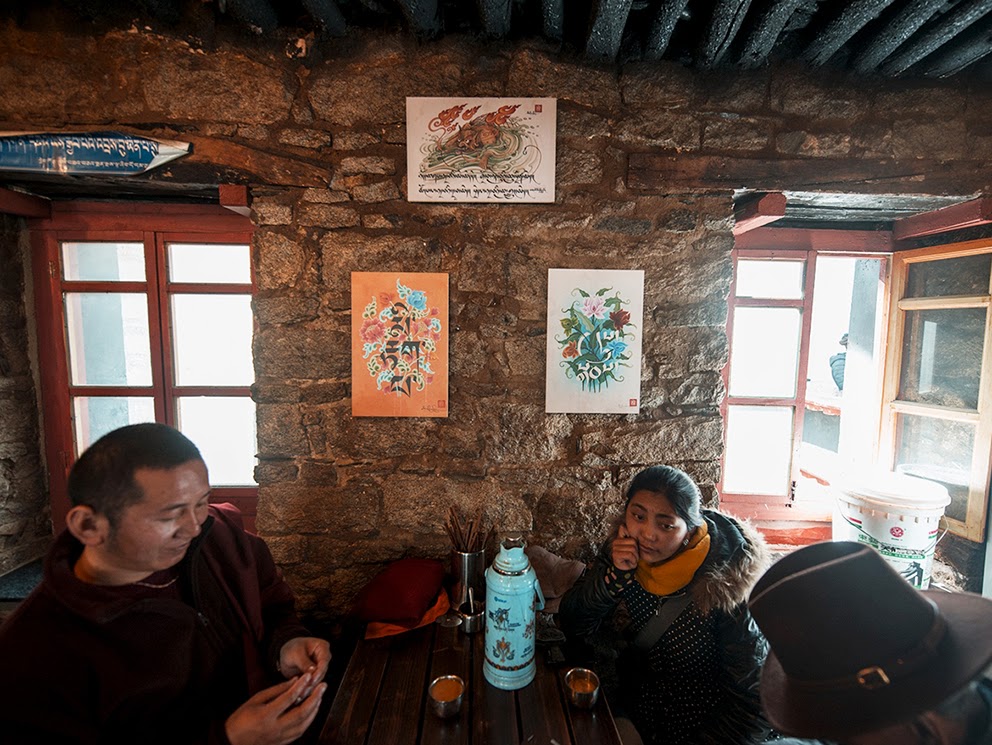 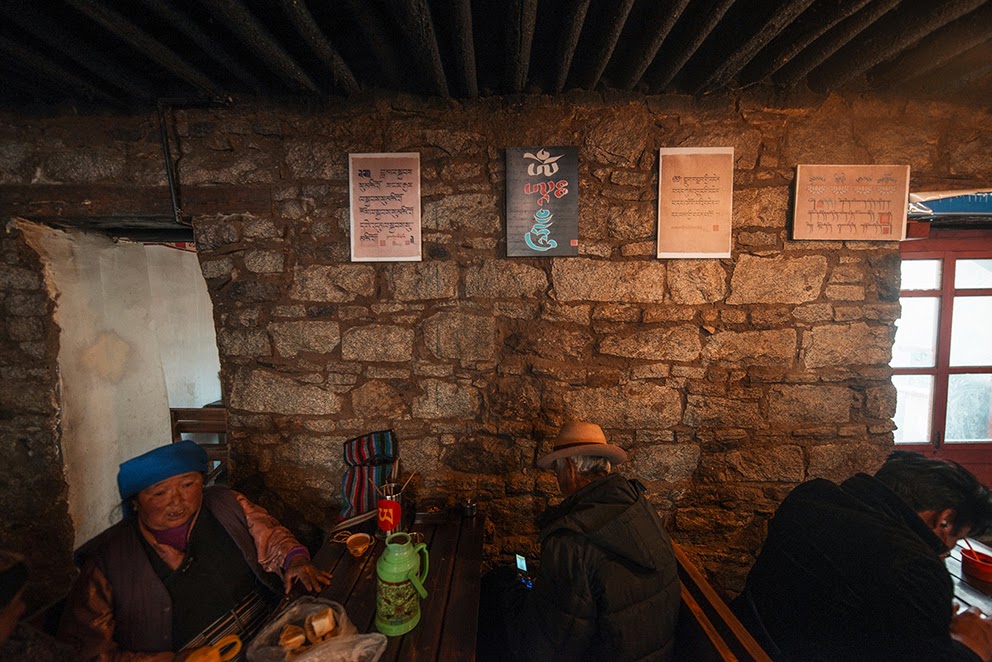 This last photo below in the tea room shows a group of young Tibetan lads all engaged with their cell phones. The iPhone is apparently the popular choice among Tibetans, mostly because it has an app for writing in the Tibetan language. 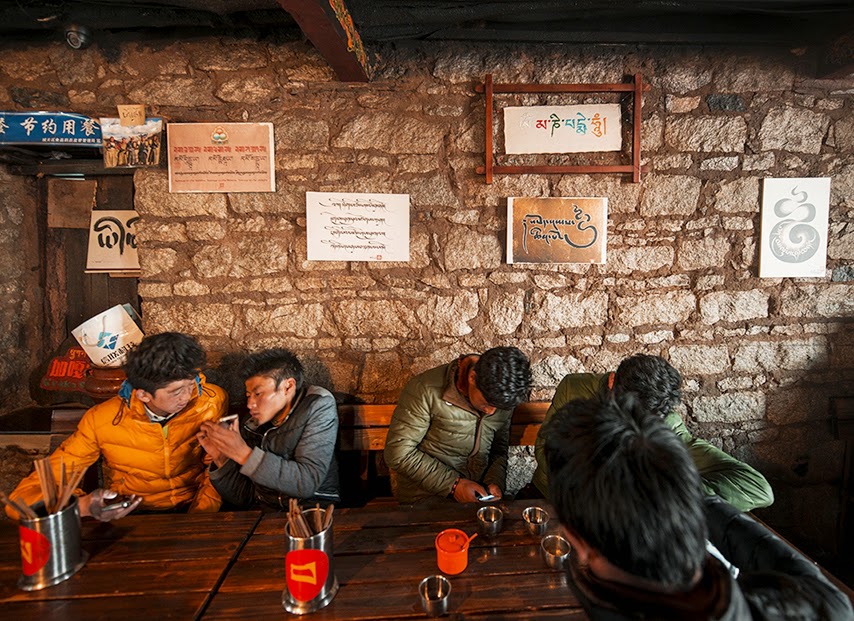 Joona and Matt also commented that they often see Tibetans with a Tashi artwork used as their screen wall paper, as shown below. 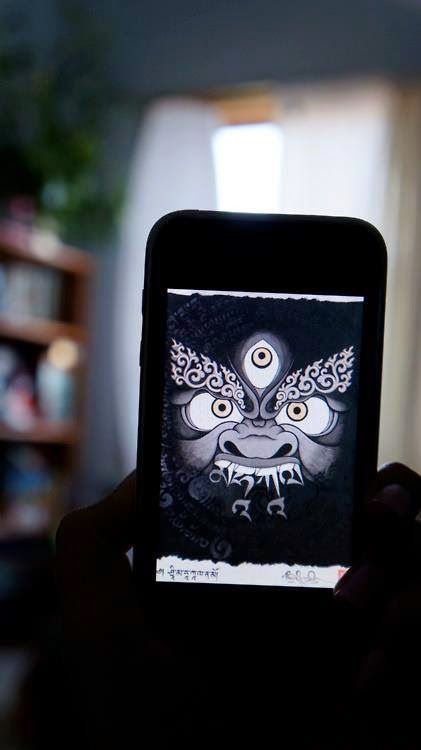 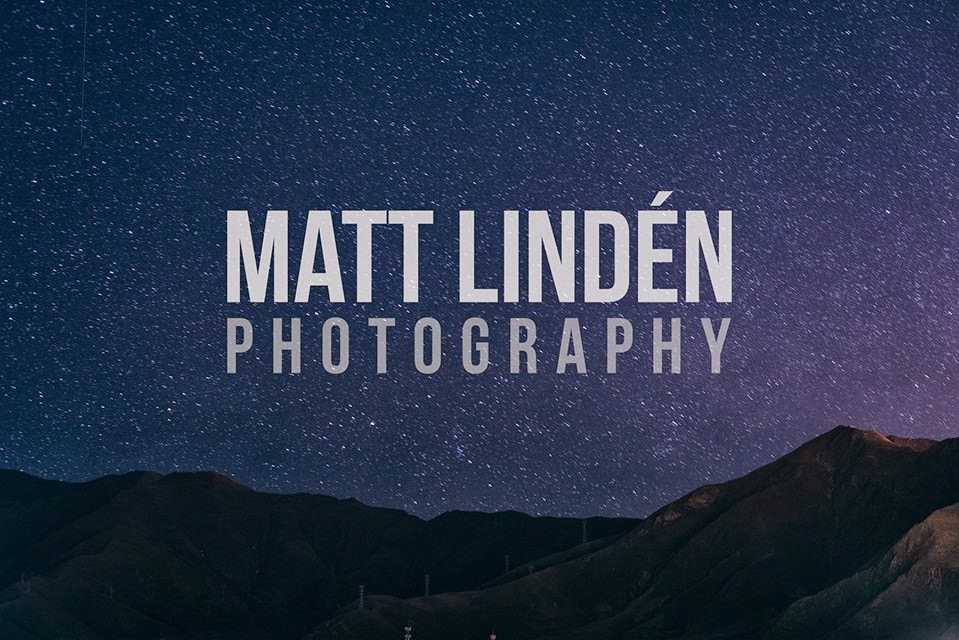 Posted by inkessential at 18:21 No comments:

Email ThisBlogThis!Share to TwitterShare to FacebookShare to Pinterest
Labels: calligraphy, In Tibet, Mahakala


So popular was last years course of Tibetan calligraphy in Brussels, Tashi has been invited back for another intense weekend workshop starting with a public talk on Friday 20th February 2015.


Please follow the link to be sure to book your place here.

Posted by inkessential at 16:49 No comments: