This triptych depicts a lotus flower in stages of bud to bloom to seedpod, representing the passing of time ‘past, present and future’.

In Eastern iconography, the lotus flower is symbolic of purity and is considered an analogy of transformation as one tames ones own negative emotions that fuels a positive change. As the more rich and foul the composting matter at the bottom of a pond, the more it nourishes the most glorious of flowers, that stand proud and pristine above the water surface, un-splashed by the (Samsaric) bustle of pond life.

Posted by inkessential at 23:33 No comments: 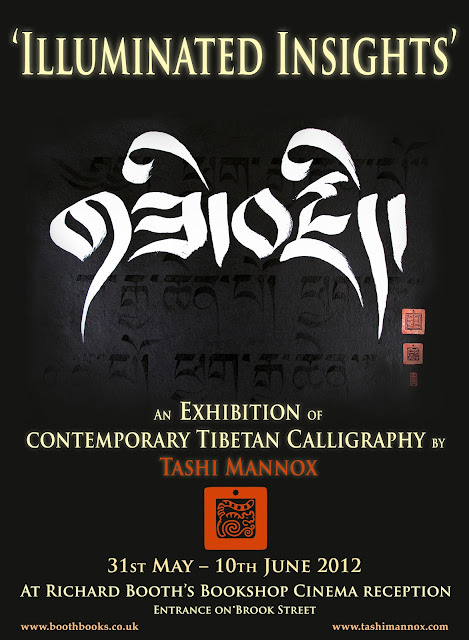 During the world famous Hay Festival of literature and the arts situated below the majestic Black mountain's of the Brecon Beacon National Park. In celebration of the opening of the Richard Booth’s cinema, premieres an exhibition of contemporary Tibetan Calligraphy by Tashi Mannox.

The exhibition called ‘illuminated insights’ spans the last decade of Tashi’s calligraphy masterpieces, that shows a selection of his works including the large and rarely exhibited iconographic ‘Soulhouette’ pieces. Others shown are the more traditional calligraphy artworks that illuminate the wisdoms of Tibetan Buddhist themes, such as ‘The Four Contemplation’ series, as well as small insightful gems that Tashi has brushed in the various Tibetan script styles to delight the eye and stimulate the mind. 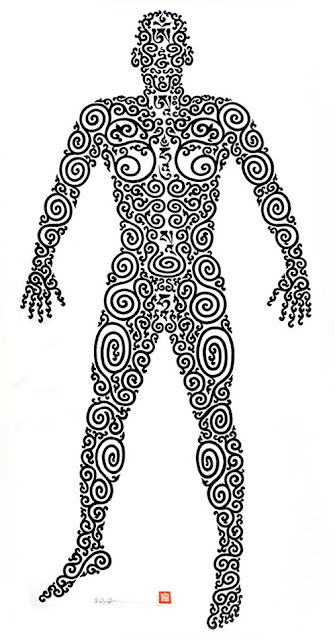 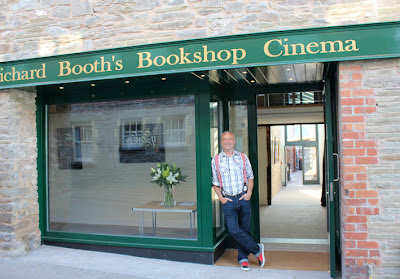 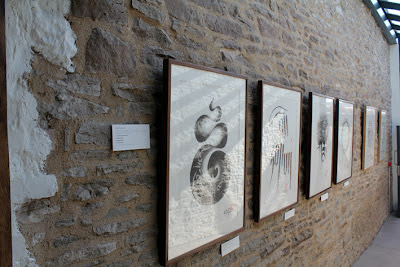 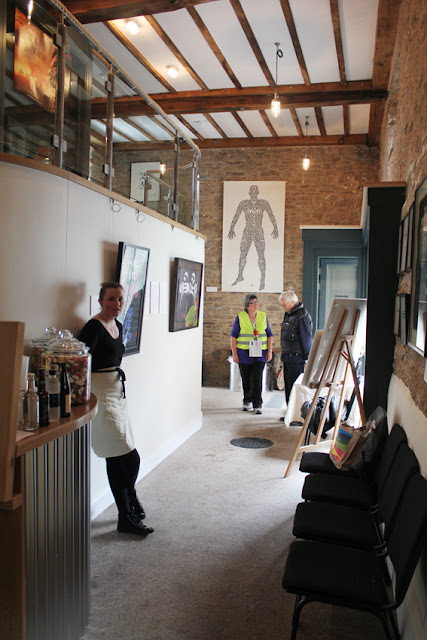 Posted by inkessential at 20:58 No comments: