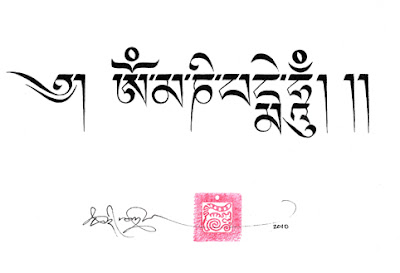 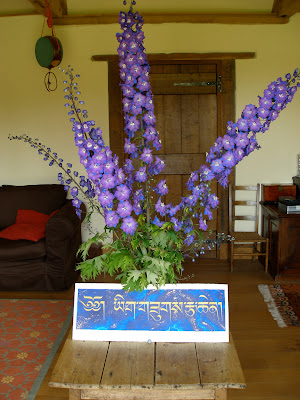 High Uchen script style on a base of Lapis-lazuli stone effect, this translates as
"(Spontaneously) Sacred Calligraphy". The most precious of Tibetan calligraphy is said to be embossed in gold on tablets of Lapis-lazuli stone, of which this art piece emulates. © Tashi Mannox 2010.
❖
Posted by inkessential at 21:29